Effe is central to a story that starts with tradition and stretches right into the most innovative future. This is a story of wellbeing, of the ancient traditions of the sauna and the Turkish bath that today’s advanced technology and design excellence have clothed in a new guise. This evolution has been made possible by our company that, since 1987, has focused entirely on this sector and we are proud to offer saunas and Turkish baths that are 100% Italian, from design to manufacture.

Architect and designer Rodolfo Dordoni was born in Milan, where he obtained a degree in Architecture. Over the years he has headed the design team for the Artemide glass collection, Cappellini (from 1979 to 1989), the FontanaArte furniture collection, Foscarini lamps, Minotti (from 1997 to today) and Roda (since 2006). He designs for a number of companies, among them Artemide, Cappellini, Cassina, Ceramica Flaminia, Ceramiche Mutina, Dada, Dornbracht, Driade, Emu, Ernestomeda, Fantini, Fiam Italia, Flos, Flou, FontanaArte, Foscarini, Jab, Kartell, Kettal, knIndustrie, MatteoGrassi, Minotti, Molteni&C, Moroso, Olivari, Pamar, Poliform, Poltrona Frau, Roda, RB Rossana, Salvatori, Sambonet, Serralunga, Tecno, The Rug Company and Venini. Dordoni Architetti, the Milan design studio he launched with Luca Zaniboni and Alessandro Acerbi, is active in the field of architectural and interior design for residential, commercial and exhibition premises. He has worked on numerous projects for private homes, industrial and commercial spaces, including the design of showrooms, exhibition stands, restaurants and hotels. 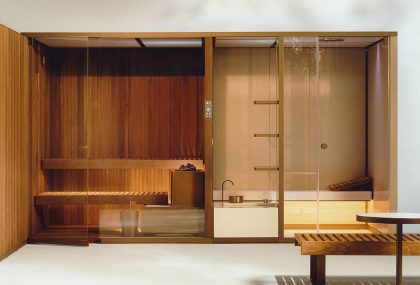 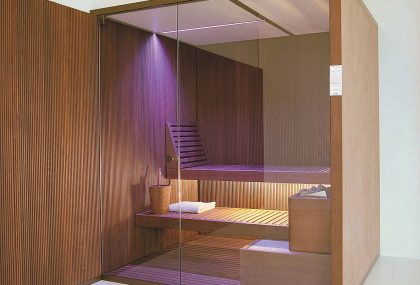 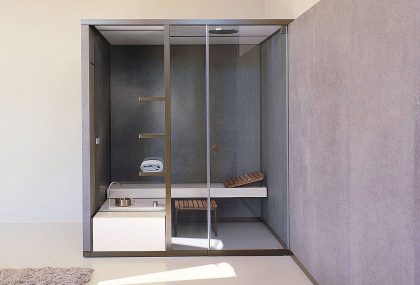 Awarded with two Compasso d'Oro ADI prizes, in 2016 with the industrial design project 5MM for Treemme and in 2011 with the communication project Multiverso. In 2016 his design project Matris was selected to exhibit at the XXI Trienniale International Exhibition in Milan, in the section dedicated to designers over 35. He designed the installation Convivium 2.0 at Expo 2015 in the space dedicated to the Umbria region.The 8emezzo project for the Umbria region has been exhibited at the Statale University of Milan within the Milan Design Week 2015.

Born in 1974, after attending ISIA (Superior Institute for Artistic Industries) in Urbino, in 2001 he founded Zup Design in Perugia, a communication and strategic design agency, where he presently holds the position of Creative Director. Throughout his career he has won a number of awards, including two Compasso d'Oro ADI, the Red Dot Design Award, Design Plus, the German Design Award and twice the Grandesign Etico. In 2008 he was awarded the Good Design Award from the Chicago Athenaeum for Multiple project for Indesit, which was also selected by ADI Index. The Soul Project Space Kitchen, designed for Binova was prized in 2008by the Danish magazine BoBedre as “kitchen of the year” and selected by Elle Decor International Design Awards in the Kitchens category.

The exhibition designed for Vaselli Marbles at Marmomacc 2009 won the first prize in the Best Communicator Award 2009. Since 2009 he has been professor of Methodology of Design at the NID, Perugia New Design Institute and as of 2014 he has been teaching design at the ABA, Academy of Fine Arts in Perugia and as of 2017 at the Domus Academy in Milan. He is currently working on design projects for private homes, museum spaces, communication and industrial design projects. 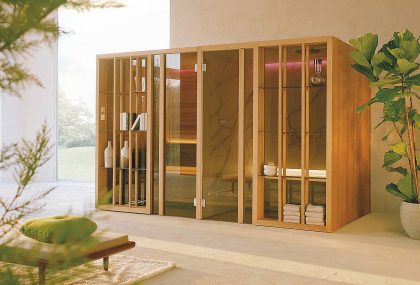 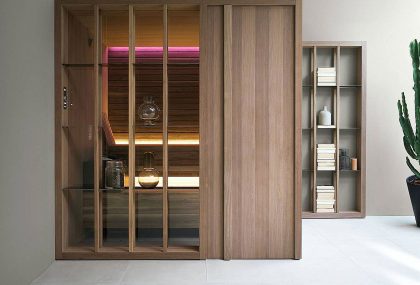 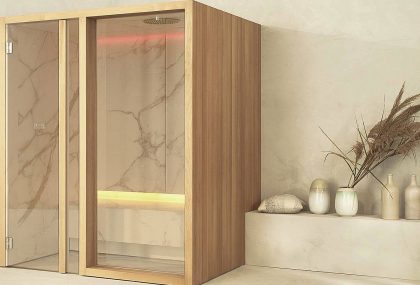 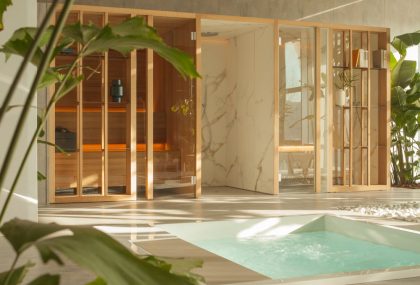 Designer and interior architect, Giovanna began her professional career in the second half of the Seventies. After working with colleagues for several years, in 1995 she founded the Talocci Design studio. The studio works with a team of designers and is mainly involved in product and exhibit design, art direction, communication and event organization.

Giovanna‘s innate curiosity for innovation, her research into materials and technology and her close observation of her surroundings have led her to work in a wide range of fields for prestigious companies such as Poltrona Frau, Teuco, Effegibi, Foppapedretti, Fantini, Provex, Falper, Scarabeo, Fratelli Guzzini, Fornara &Maulini, Luceplan, Rapsel, Viasat, Italaquae, SanLorenzo, Domo, Et-al, Rina Menardi, Gran Tour, DMP Electronics and Stilhaus. She has received numerous acknowledgements, including many selections for the ADI Design Index, Honourable Mentions in the Compasso D’Oro, Design Plus awards and the German Design Award. She combines her work as a designer with interior architecture projects for commercial spaces and private residences. She has curated many cultural events: a number of editions of “Abitare il Tempo” and then “Segnali di Cibo”, an exhibition which in 1999 anticipated the trend of marrying design with food, ”WonderFull World”, ”Superfici”,“Cafe’ Cafe’”, “Evoca”, “Design on Board, ”Come l’acqua sul fuoco” and “Italianism”. She has taken part, both as presenter and guest, in television programmes about design. She has been a member of many juries in national and international design competitions. She teaches at the La Sapienza University in Rome and at design schools such as IED, QUASAR and currently AANT. She has been a member of ADI since 1979. From 2004 to 2017 she was on ADI’s National Steering Committee and from 2014 to 2017 was the deputy chairperson.

In 2017 she curated the Design Collection at the Farnesina (Ministry of Foreign Affairs) and the staging of the Design Hall. She is a member of the Orientation Committee for the National Innovation Award “Premio dei Premi”, which was set up by special concession of the President of the Italian Republic at the COTEC Foundation.

In 2007 she joined the first Italian Design Council, established by the Ministry of Cultural Heritage and Activities. 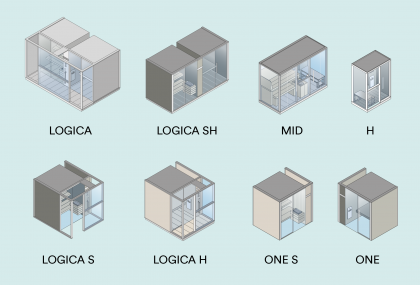 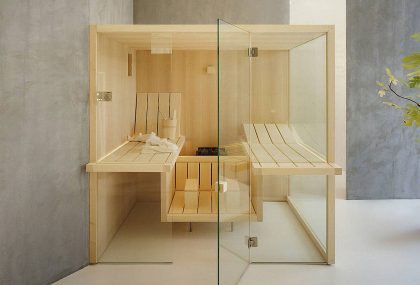 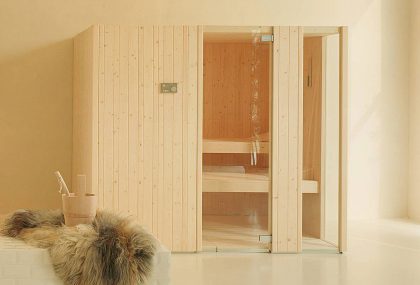 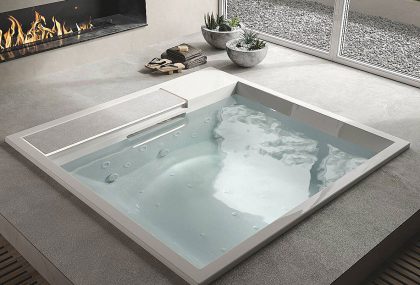 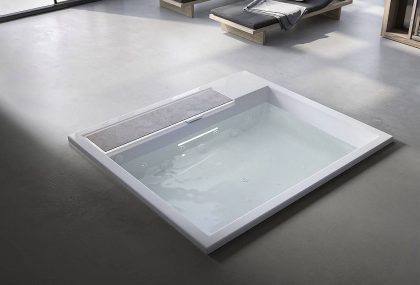 Marco Pallocca was born in Rome in 1980. He graduated in Industrial Design at the European Design Institute in 2006.His contemplative personality and all-round approach, together with his continuous research and an eager eye for innovation are conveyed in his creative output, with its essential aesthetic.

While studying, his work was displayed in exhibitions and events including ICFF International Contemporary Furniture Fair in New York ("Italian Young Design 2005") and CSMEF (China Small and Medium Enterprise Fair 2006, stand for the Lazio Region in Guangzhou). In 2007 he was shortlisted for the “Young Selection” category of the 21st Compasso d'Oro.

That same year he began working with the Talocci Design studio and he has been actively involved with them ever since, working on numerous projects for companies such as: Teuco, EFFE, Foppapedretti, Provex, Falper, Scarabeo Ceramiche, Et.al, DMP Electronics and Stilhaus. This partnership has gone from strength to strength since 2017 and Marco now works on projects with Giovanna Talocci. He has been a lecturer at AANT, the Academy of Art and New Technologies in Rome, since 2019. 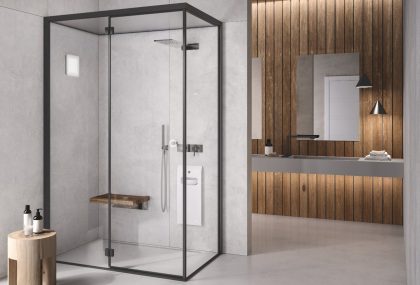